The human mind frequently translates the most magnificent and monumental civilizations into their form. The Spanish Archistar Santiago Calatrava Valls is one of such minds who harnesses the nuances of architecture, sculpting, painting, and engineering to translate the most surreal structures into physical form in history. As field-bending, he creates a nexus between architecture, engineering, and sculpting to build formidable systems innovatively.

Born July 28, 1951, in Benimamet, Calatrava studied architecture at the Polytechnic University of Valencia. He earned a PhD in technical science for a thesis entitled “On the Foldability of Frames”. He began his firm in 1981 in Zurich and later expanded. Although never constructed some of Calatrava’s earlier designs, his later designs, futuristic and surreal, grasped the world’s recognition.

Edward J. Kodet says of Santiago: “His design merges sculptural expression and engineering through architecture. Calatrava’s works are set to bring to life and motion the static and quiet art forms of painting and sculpting. His architecture expands the vision and expresses the energy of the human spirit, captivating the imagination and delighting us in the wonders of what sculptural form and dynamic structure can accomplish.”

To achieve dynamism, Calatrava has entered the fields of Engineering unshod, deliberately forgetting all knowledge of architecture as one who has never learned architecture. He does this to achieve a mastery of lines and shapes in engineering, through which he brings the most magnificent imaginations to reality. His influences include the Swiss architect Robert Mallat and the sculptor Alexander Calder. From a critical perspective, Calatrava himself believes that critics of his works still have not gotten over the phase of awe and are unable to classify his works adequately. He is interested in objects in motion, in the deft of movement; hence, at the epicentre of his designs, he adopts models that fold and expand because “Architecture itself moves.”

His works include the Olympic Sports Complex of Athens, the Milwaukee Art Museum, the Turning Torso tower in Malmö, Sweden, the World Trade Center Transportation Hub in New York City, the Auditorio de Tenerife in Santa Cruz de Tenerife, the Margaret Hunt Hill Bridge in Dallas, Texas, and his most significant project, the City of Arts and Sciences and Opera House in Valencia. Calatrava’s aesthetics follows a system that makes them magically real: they bend light, radiance, emotions, and wholeness. Some of his buildings follow the formative frameworks of living beings and a rhythm of life. Not just are Calatrava’s buildings spectacular, but his superimposition of meaning and beauty into the architectural framework of his buildings is intriguing. 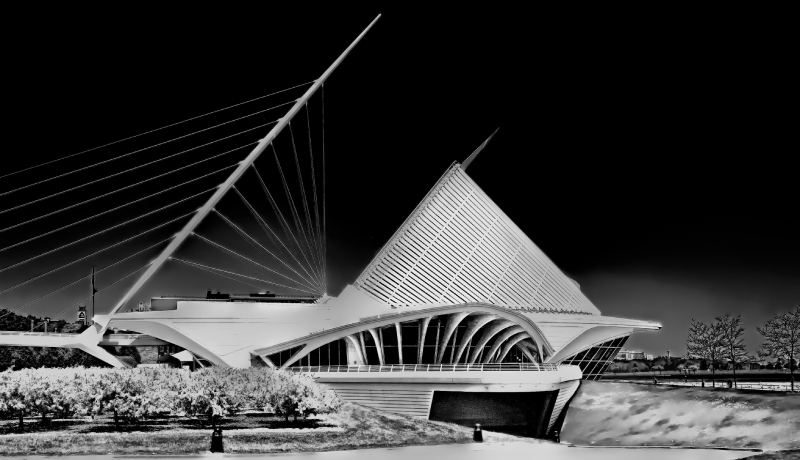 In 1992, he designed the Montjuïc Communications Tower in Barcelona for the Olympics in the form of an athlete about to throw a spear; the Bilbao Airport is shaped like a dove, a bird about to fly; the Athens Olympic Sports Complex’s roof is designed to reflect ninety per cent of sunlight; the Museum of Tomorrow, Rio de Janeiro, dreamlike, seems to almost be floating on the water; the WTC Hub, New York City, he says is built to resemble a bird flying out of the hands of a child; the turning torso is after the form of a human contorting. The Florida Polytechnic University’s Innovation, Science and Technology Building, is designed to move with the sun. Yet, the cumulative total of Calatrava’s designs continues to remain ethereal.

What now seems to be Calatrava’s most globally recognized work is the 27.8 meters tall United Arab Emirates Dubai Expo after the form of a falcon in flight with twenty-eight movable wings. The building was awarded Best Architecture at the “AD Design Awards” in 2021. Calatrava, in his statement, describes the pavilion as an artistic composition seeking to reflect the country’s past, present, and future. Like many other Calatrava designs, this continues to live elegantly with perfect harmony.

Article edit by Antonio Lo Re

GemGenève is back in November 2022