BRAFA will be the first major European art fair to visit in 2023, positioning it, as per tradition, as a true barometer of the art market. The 68th edition of BRAFA will take place from Sunday, January 29th to Sunday, February 5th at Brussels Expo at the Heysel in Halls 3 and 4, where 130 exhibitors will be taking over the entire space. This venue, the new setting for BRAFA since June, was greatly appreciated by its visitors at the last event, both for the openness of its aisles and for the very pleasant atmosphere that reigned there. 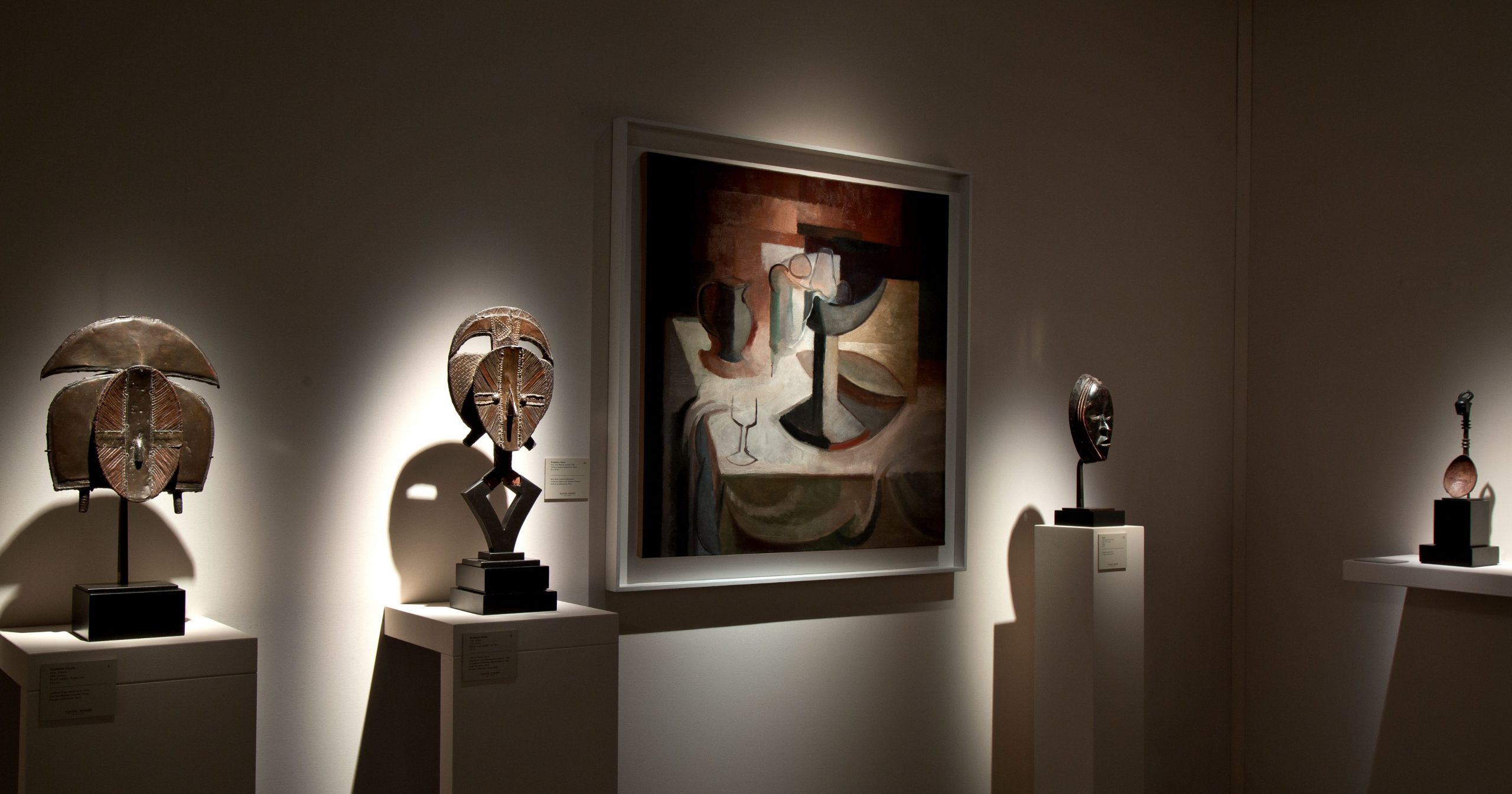 Harold t’Kint de Roodenbeke, the Chairman of BRAFA, explained: “We had a kind of trial gallop with a first BRAFA outside of our usual standards since we proposed an event in a new space and at a different time due to a disrupted schedule. January will therefore be both a return to normality in terms of dates and also the writing of a new page in our history with the Brussels Expo. Our current goal is to get back to our rhythm and our loyal customers whilst developing the potential of the space.” 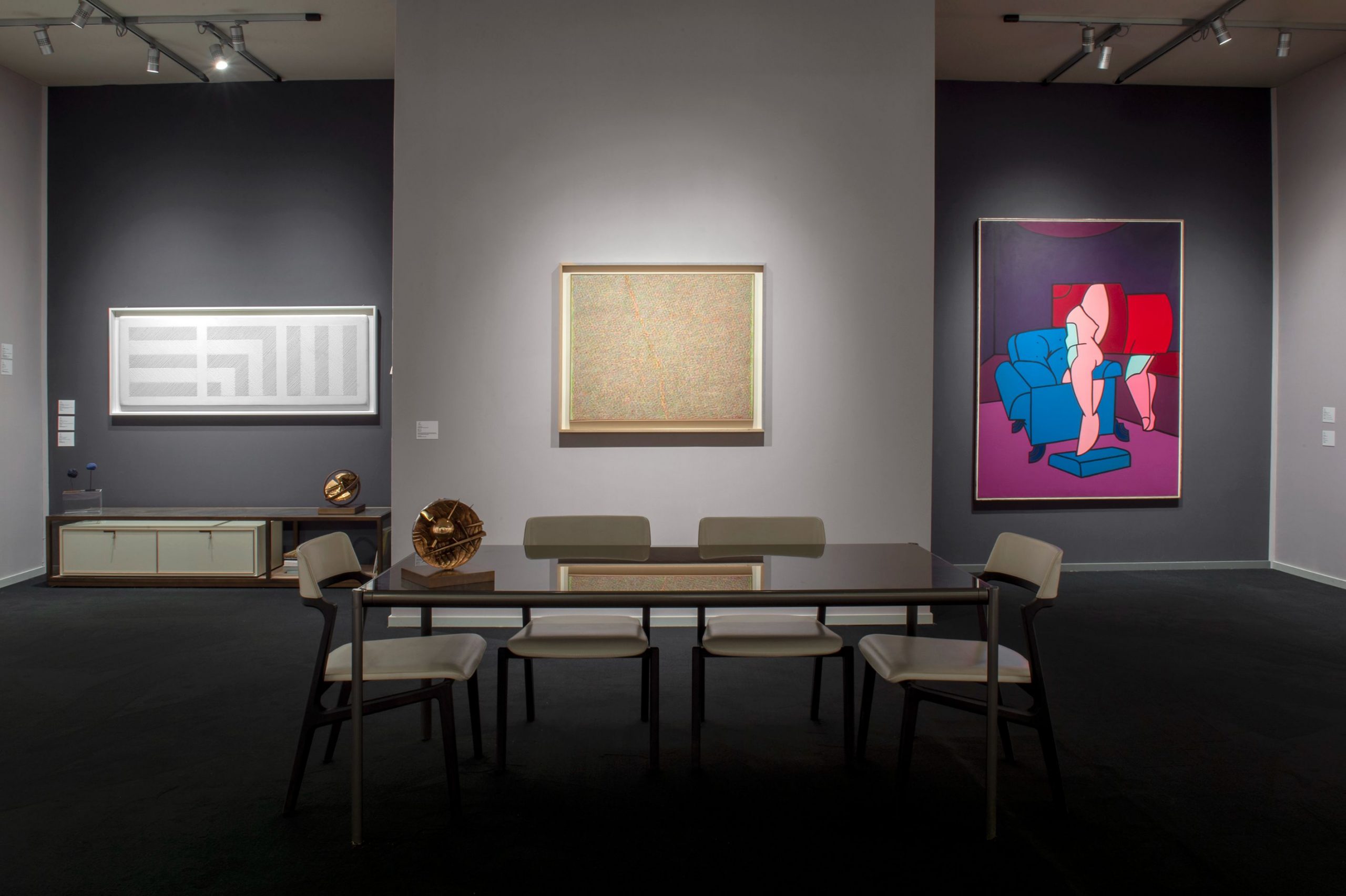 For this 2023 edition, a theme has been chosen in correlation with the initiative of the Brussels-Capital Region, which will make 2023 a year devoted to Art Nouveau. BRAFA will be highlighting this movement in several ways. The King Baudouin Foundation and some galleries specialising in this field will present exceptional Art nouveau pieces. The creation of the BRAFA 2023 carpet will be based on original drawings by Victor Horta, and art lovers will be able to attend two “BRAFA Art Talks” devoted to Art nouveau. One will be led by Professor Werner Adriaenssens, Curator of the Twentieth-Century Collections at the Musées royaux d’Art et d’Histoire, and the other by Benjamin Zurstrassen, Curator at the Horta Museum. 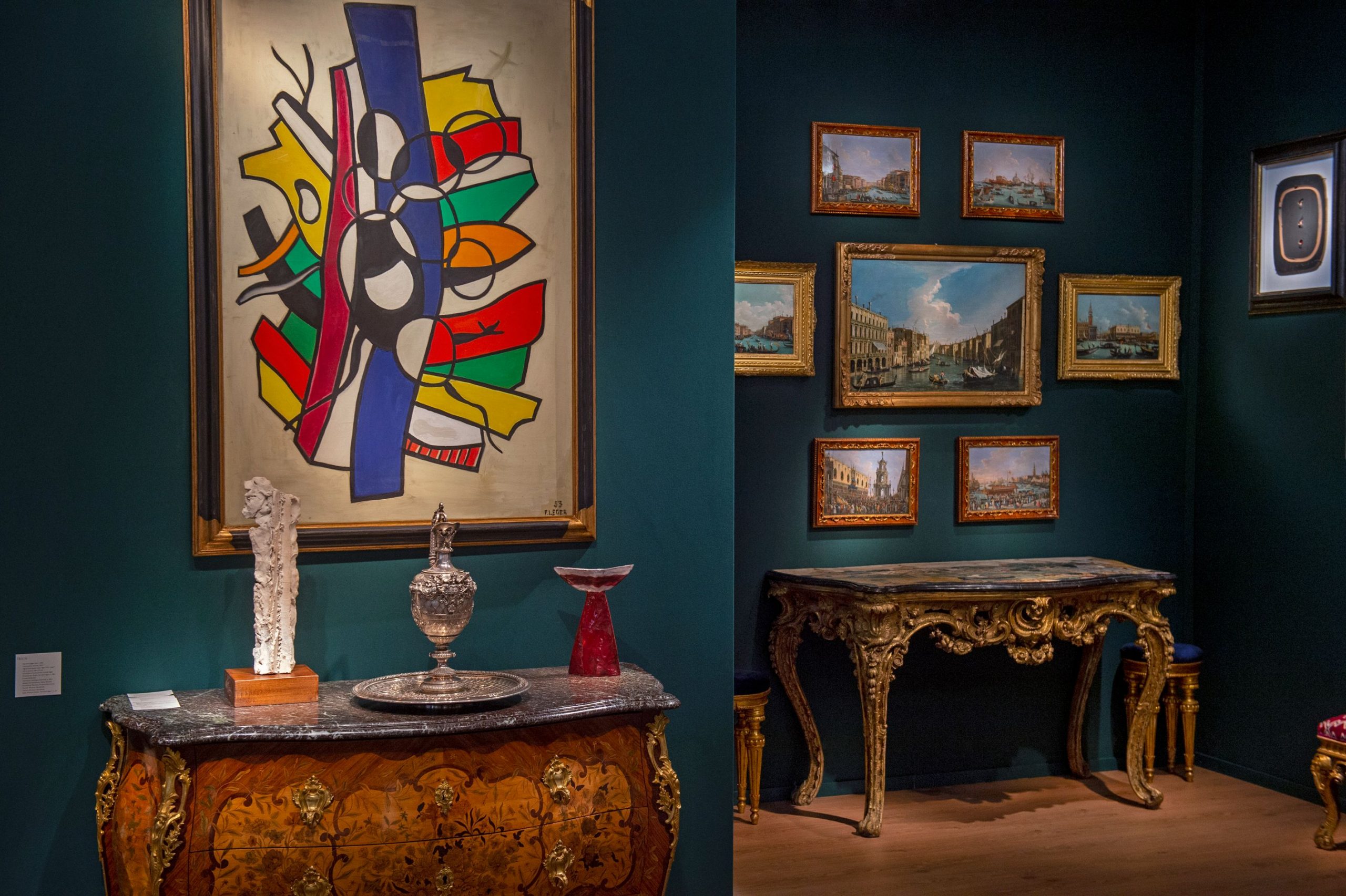 BRAFA’s 2023 edition will see the return of several galleries. The Fair strengthens the development of its international reputation through the quality and diversity of its galleries. Of the 130 exhibitors, 65% are based abroad. Christian Vrouyr, the Secretary-General of BRAFA, explained: “For over sixty years, BRAFA has stimulated the development of participating galleries, first at the national level, and then on the international scene. The Fair, which began as a local event, has been able to find the right tone over the years, making it possible to extend contacts with international customers.” For this 68th edition, several galleries have confirmed their return, including the Galerie de la Présidence (FR), which will present a selection of masters from the late-nineteenth and twentieth centuries such as Buffet, Derain, Dufy, Giacometti, Maillol, Matisse, Poliakoff, Vlaminck and Vuillard. 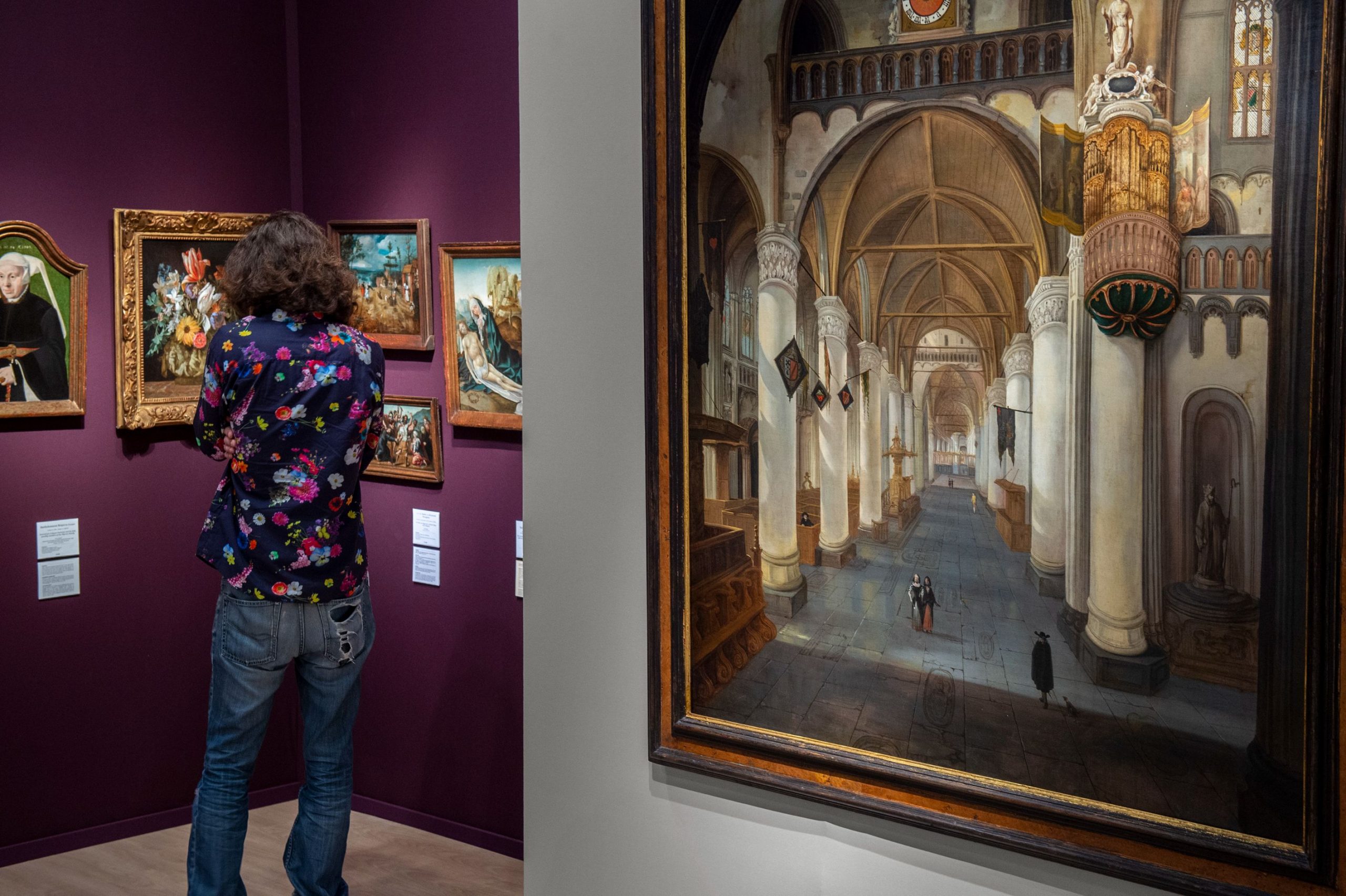 Collectors who have already visited BRAFA will also recognise the Galerie Von Vertes (CH), which specialised in modern and contemporary art and will be offering exceptional pieces by Albers, Calder, Chamberlain, Francis, Kusama, Lichtenstein, Miro, Poliakoff, Richter, Relief, Warhol and Wesselmann. Also worth mentioning is the presence of Morentz (NL), a gallery specialised in twentieth-century design furniture, which brings together works from all over the world and showcases designers such as George Nakashima, Phillip Lloyd Powell, José Zanine Caldas, and Gio Ponti. Included in the 2023 list of participants, the Osbourne Samuel Gallery (UK), one of the leading specialists in modern British paintings and sculptures in London, is particularly focused on the works of Henry Moore, Lynn Chadwick and Barbara Hepworth, and the school of London painters such as Auerbach and Kossoff; abstract post-war artists such as Pasmore, Heath and Frost, and the neo-romanticists Sutherland, Vaughan, Craxton and Clough. The Bernier/Eliades Gallery (GR/BE), based in Athens and Brussels, specialises in contemporary art (Arte Povera, Minimalism, Land Art, Conceptual Art). It will be presenting works by Susan Rothenberg and Berta Fischer to visitors at the Fair. 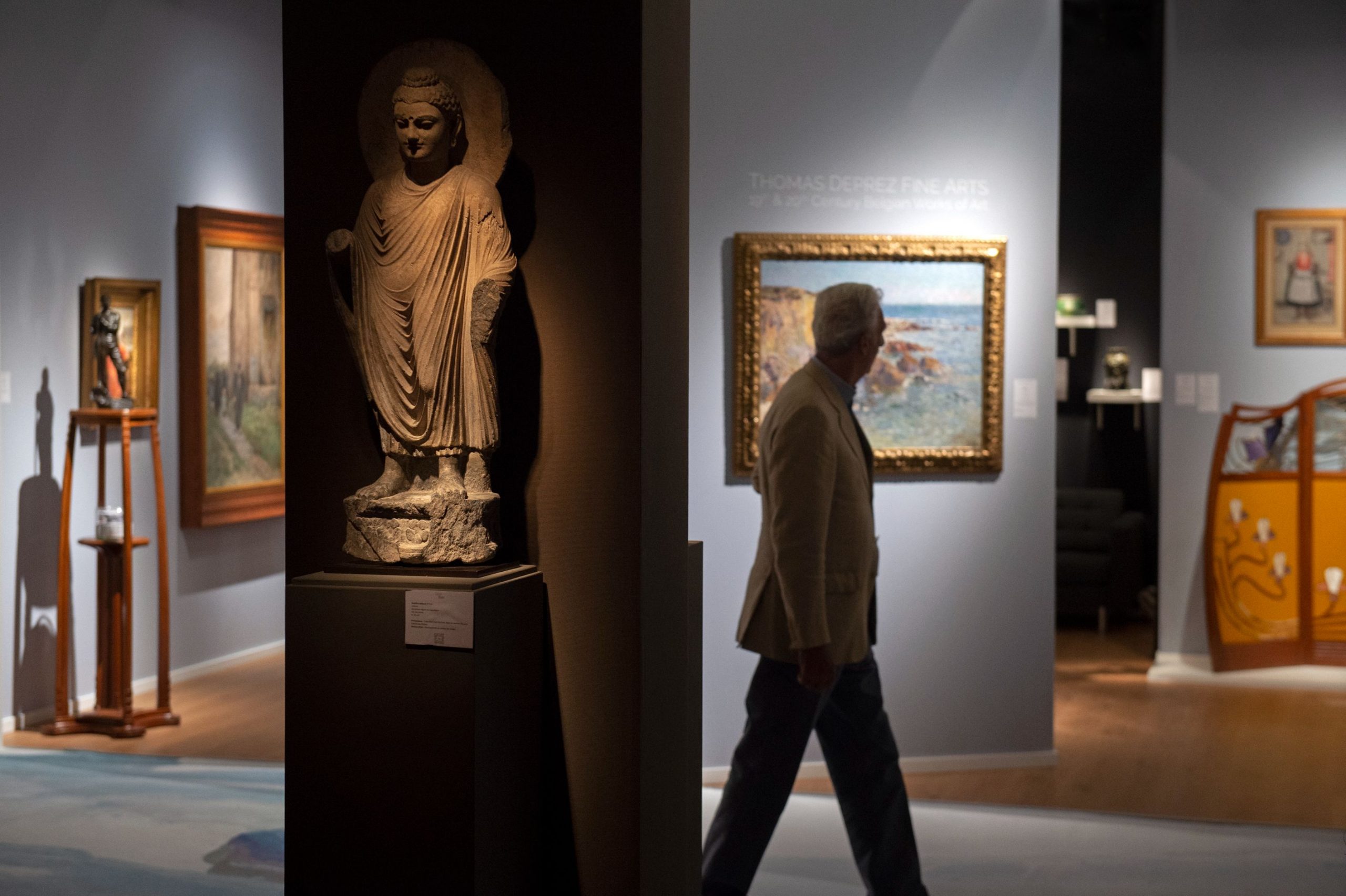 Finally, three Belgian galleries, whose reach extends far beyond national borders, will be returning to BRAFA in 2023: Guy Pieters Gallery (BE), whose success is based on its long-standing collaborations with artists (the one developed with Christo recently enabled the wrapping of the Arc de Triomphe in Paris) and De Brock Gallery (BE), founded in 1991. The latter occupies two spaces in Knokke, promoting established contemporary artists such as Imi Knoebel, Julian Opie, Dan Walsh and Terry Winters, with an emphasis on abstract painting. Bernard De Leye, who specialises in antique silverware, is one of the finest connoisseurs in this field. He has been in the profession since 1977. At each of these exhibitions, he presents unique pieces of European silverware, mainly Belgian and French, from the 16th, 17th, 18th and 19th centuries 9 new galleries will be joining BRAFA. 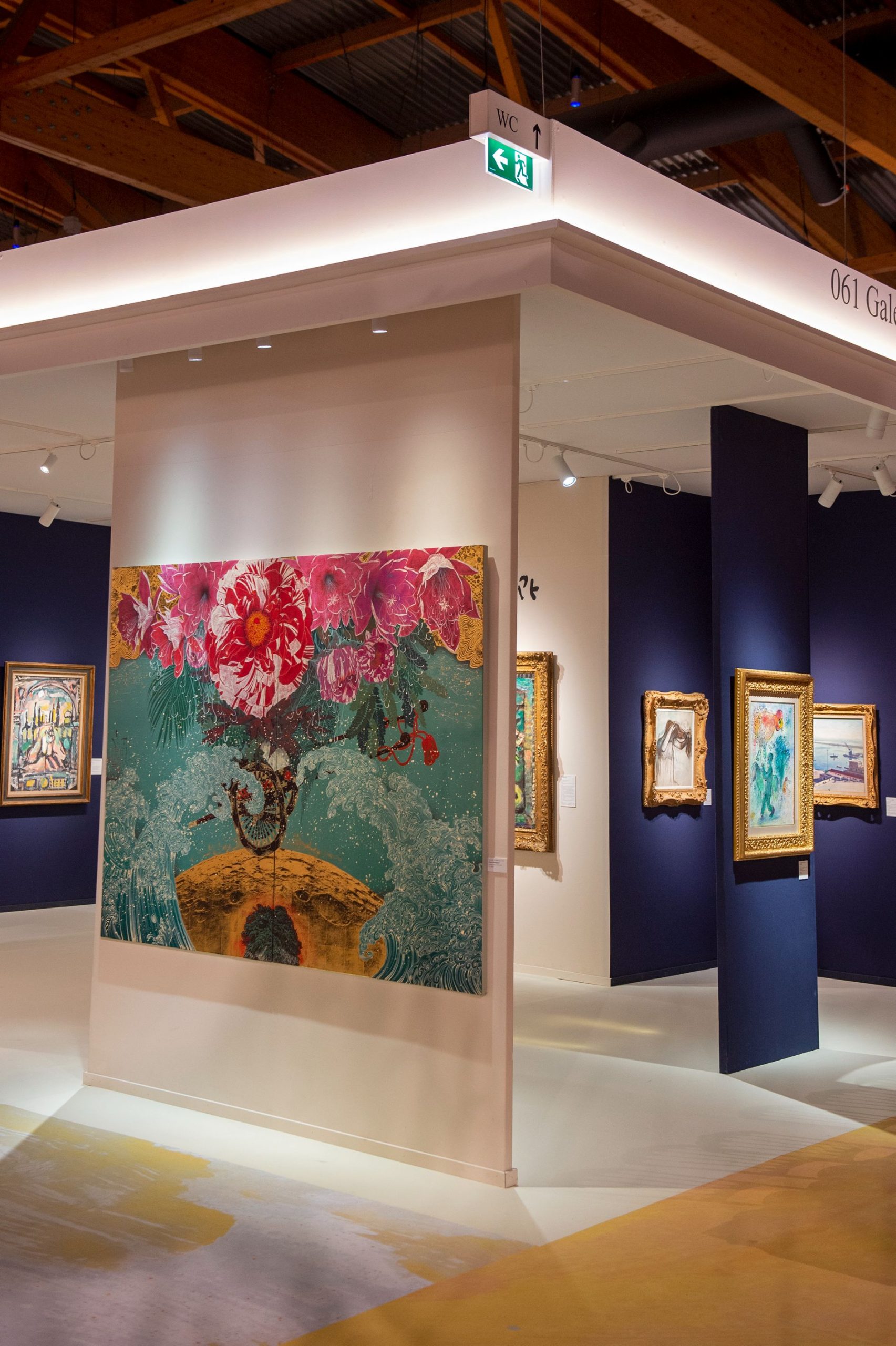 Two galleries specialised in ancient art will be making their entrance at BRAFA. Franck Anelli Fine Art (FR) will be presenting ancient Flemish, Dutch and French paintings from the sixteenth to the eighteenth century, as well as rare inlaid furniture from the golden period of the Parisian eighteenth century. Ars Antiqua, based in Milan, will be exhibiting ancient paintings, furniture and sculptures. Another newcomer is Van der Meij Fine Arts (NL), a specialist in nineteenth-century European art. His collection ranges from Northern European Romanticism, with works by J.C. Dahl, Thomas Fearnley, Skovgaard and Peder Balke, to Scandinavian Symbolism (Hammershøi, Ilsted, Holsøe, L.A. Ring), by way of Dutch painting (e.a. Jan Weissenbruch and Willem Witsen). 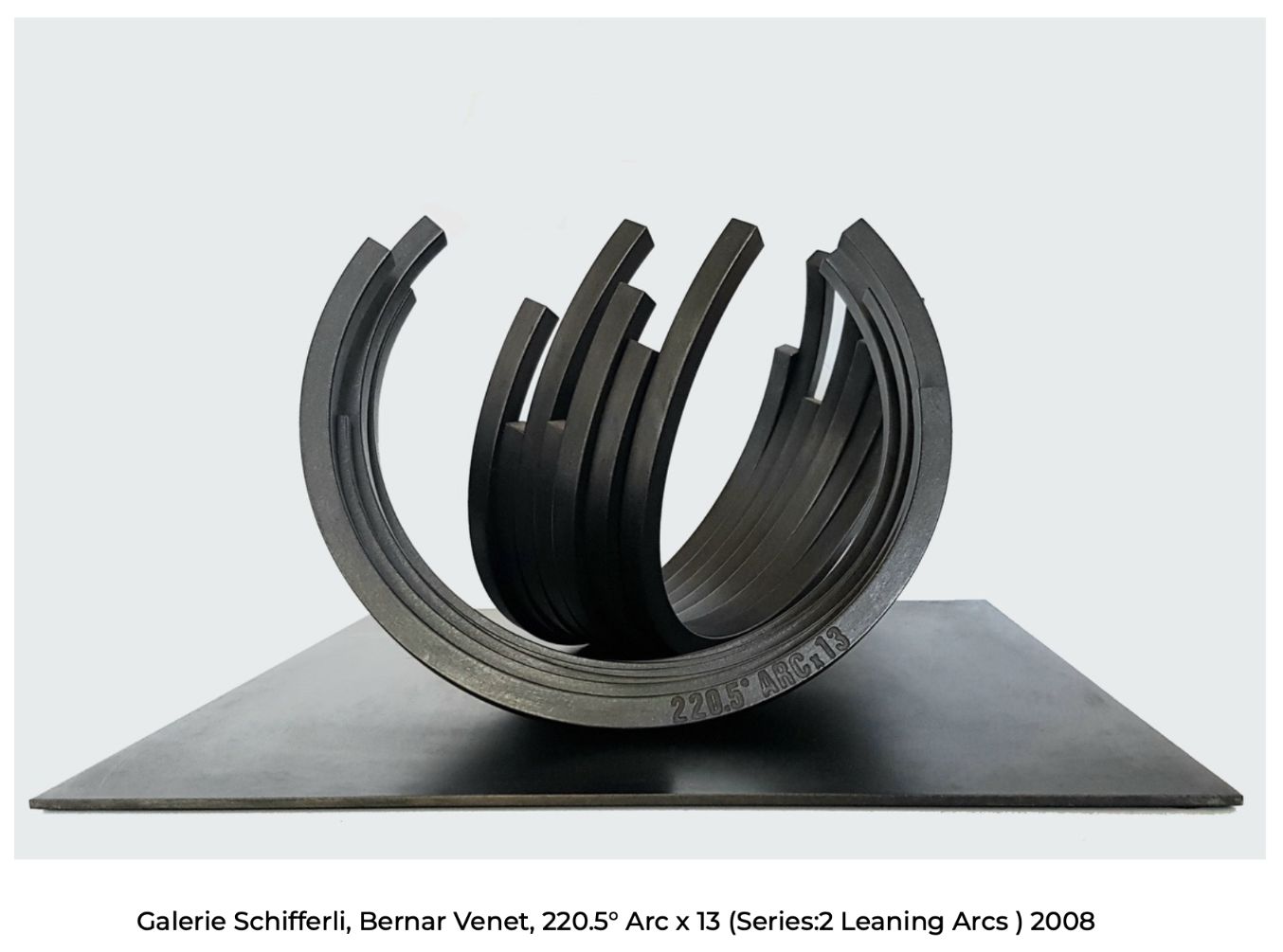 The design furniture section has been expanded with the addition of three new galleries, including the Galerie Pascal Cuisinier (FR), which specialised in French design between 1951 and 1961. It represents Pierre Guariche, Joseph-André Motte, Michel Mortier, Antoine Philippon & Jacqueline Lecoq, amongst others. Galerie Van den Bruinhorst (NL) will offer historical art and design objects from the twentieth century. The collection contains remarkable objects that played an important role in art and design at the time they were created. New Hope Gallery, from Belgium, will present a set of masterpieces from the history of furniture in the second half of the twentieth century, including works by American and Danish designers such as Paul Evans and Phillip Lloyd Powell, Poul Henningsen, Poul Kjærholm, and Finn Juhl. VKD Jewels (NL) will join the fair’s jewellery section. The gallery, located in Uden in the Netherlands, has a collection which includes a unique range of fine and rare jewellery from the world’s leading designers from the late nineteenth and twentieth centuries such as Van Cleef & Arpels, Cartier, Bulgari, Buccellati, Tiffany and David Webb. 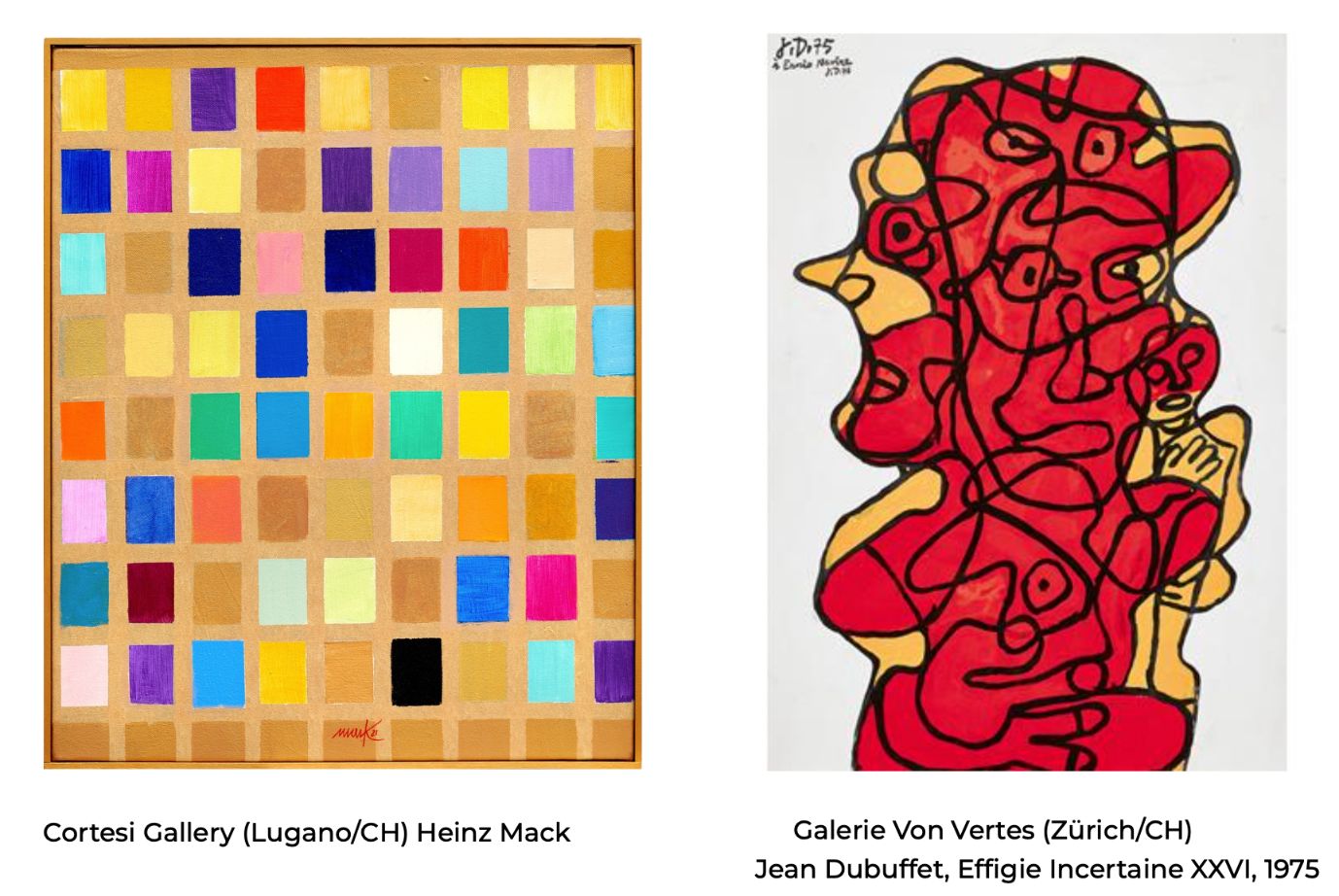 10 Swiss Galleries will be exhibiting at BRAFA 2023

Also amongst the new exhibitors, collectors will be able to discover the Parisian gallery Nicolas Bourriaud (FR), which specialised in nineteenth and early-twentieth-century French sculpture, which will be exhibiting the works of the greatest sculptors such as Barye, Joseph Bernard, Bugatti, Dalou, Guyot, Rodin, Pompon and Sandoz. Finally, the Librairie Amélie Sourget (FR) will join the specialists in rare and precious books in the fields of the history of ideas, travelogues and beautifully illustrated books.

Gianmaria Potenza, Art in its most investment way

Covid-19 and Art: The impact of virus

Once Upon a Genius, Arnaldo Pomodoro